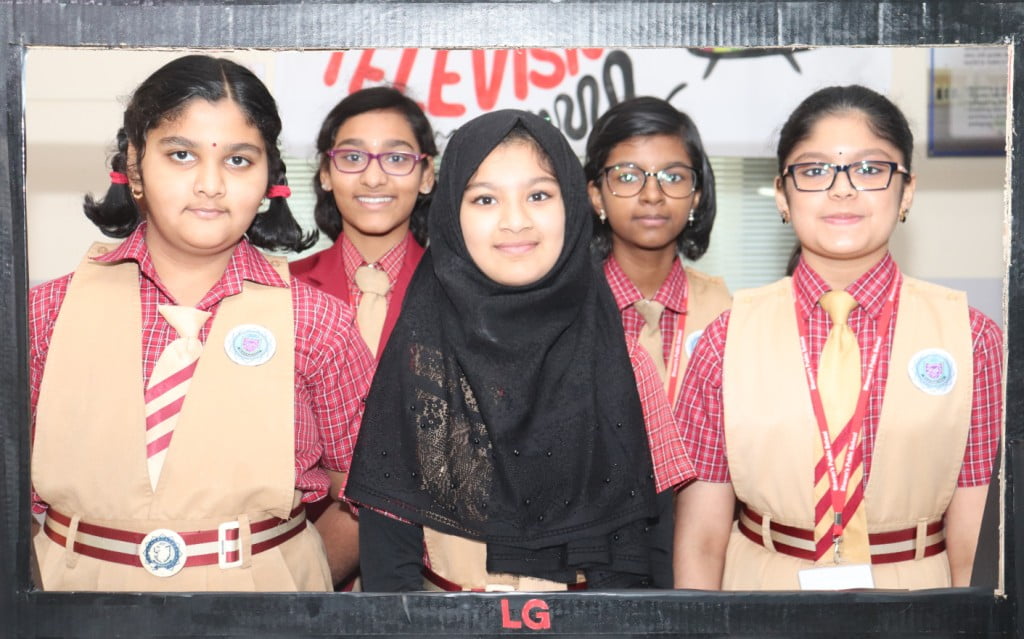 The World Television Day is a remarkable day to celebrate and commemorate how TV played a major role in bringing up a change in technological aspect and how it revolutionized the world of entertainment. The day is celebrated on November 21st all over the world. In recognition of such pivotal medium, Bhavan’s Public School organised a special assembly on 4th November 2019 to commemorate the day.An informative assembly was conducted by students to apprise about the importance of this medium in the present world.The highlight of the programme was power point presentation on Evolution of Television. This presentation helped the students to learn about the evolution of television over the decades.Principal, Mr. M.P. Philip addressed the gathering and motivated them with his encouraging words of wisdom. He explained about the merits and demerits of television. Viceprincipal,Mr,Dharmarajkumar lectured on the evolutionary course of the development of television. Headmistress, Mrs. Shailajakrishnakumar in her message stated the role of television in educating the masses. Headmistress, Mrs. Asha Shiju encouraged the children to promote the use of television in a healthy way.