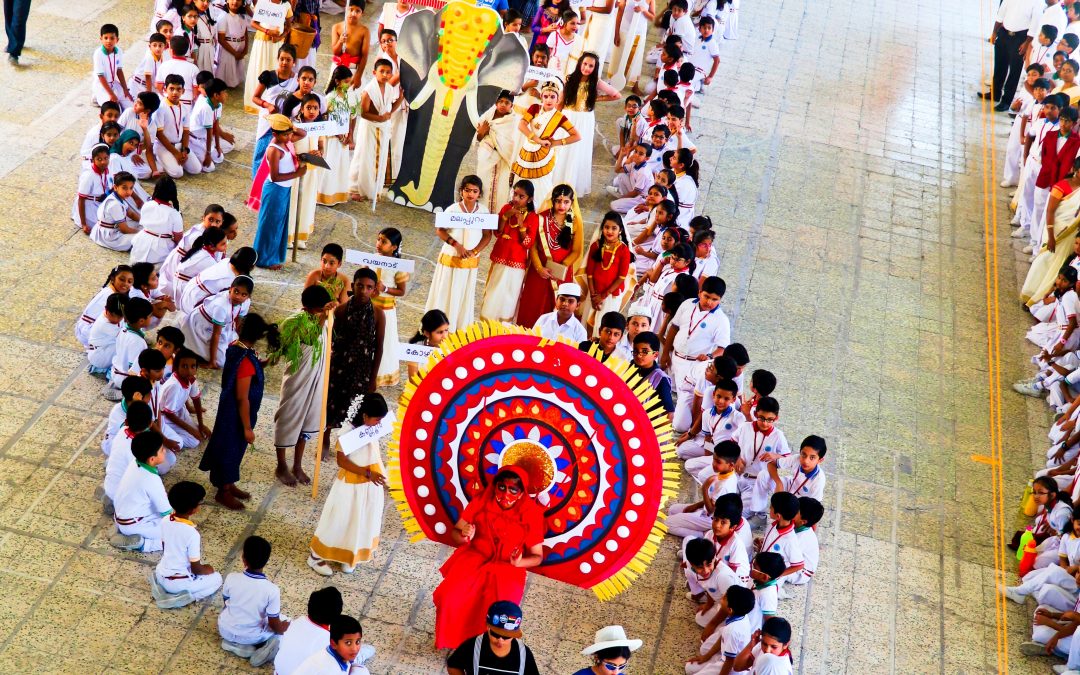 Bhavan’s Public School celebrated Keralapiravi in all three campuses, amidst great mirth and verve under the leadership of the Faculty of Malayalam. A cultural fiesta was arranged in all the campus by the Malayalam Department that comprised both musical and visual extravagance. At Wakra Campus the graceful dancers with their rhythmic steps, depicted the beauty and culture of Kerala and also showed a form of folk art named ‘”Kannyarkali”,that enlightened the audience. The school choir enraptured the gathering with a melodious song. The students of Class VIII presented vistas of impressive culture of Kerala through a power point presentation. At New Salata campus the visualization of the life Kunchan Nambiar, father of one of the traditional art forms called ‘THULLAL’ and its various art form and the songs which was composed and sung by the children emphasized the need for compassion towards motherland. At Matar campus the students set the outline of Kerala map in which the splendid display of cultural heritage of all the districts of Kerala splattered a riot of hues and vibrance which rendered the spectators awestruck. The programme entailed the presentation of the Thiruvathirakali by the staff. Principal Mr.M.P.Philip in his address admired the beauty and serenity of the culture of Kerala and accentuated the gathering to preserve and nurture the sanctity of Malayalam Language. Headmistress Mrs Shailaja KrishnaKumar and Mrs Asha.Shiju in their address urged the students to be proud of one’s heritage and respect the diverse cultures. Director Administration Mrs Anjana Menon graced the occasion. Vote of thanks was proposed by Malayalam department teachers. 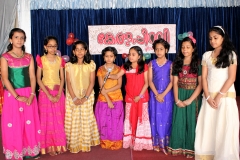 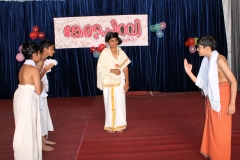 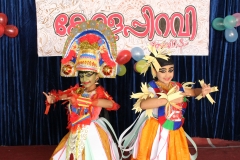 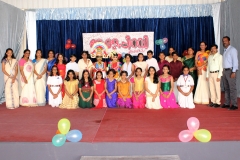 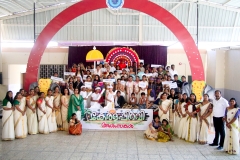 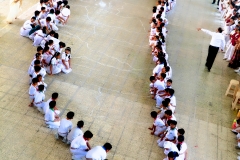 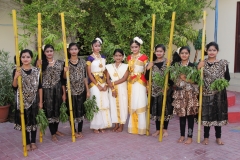 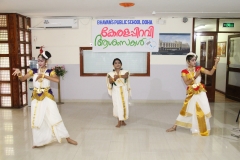 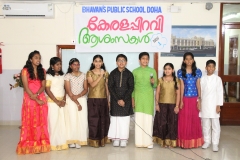 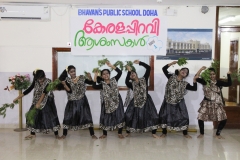 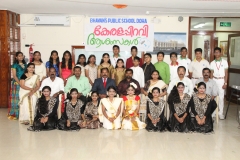